Dividends vs Wages (Salary): Which Is Better for Small Business Owners?

As a small business owner, is it better for you to pay yourself in dividends or wages (salary)? What considerations do you need to make with each choice? And, how can this choice impact your retirement? Learn about these questions in more in this article, taken from the transcript of our podcast episode, "Tips for Small Business Accounting."

This is a portion of our podcast episode, "Tips for Small Business Accounting," where Chartered Professional Accountants explain the difference between taking dividends and wages as a business owner. To listen to the full episode, click here.

Morgan Berna (Host: The Small Business Mastermind): What's the difference between taking wages (or salary) and taking dividends as payment?

Curtis Gabinet (CPA): This is something we explain to people constantly, whether they're brand-new, whether they've been a business for 10 years, a lot of people just don't know. And maybe they just haven't adequately been explained what it means or what the differences are or they don't care but it's good to have a general understanding, because ultimately there's two ways as an owner to get money out of your corporation into your own pocket: you can pay yourself a dividend, you can pay yourself a wage, those are ultimately the two ways you're getting it out. There's pros and cons to each. With dividends, essentially you're just extracting cash from the company.

Curtis: And you're just taking it out as you please. You don't really need to do anything. There's different ways you can structure it, obviously, but more often than not you’re just month-to-month, week-to-week pulling cash out of the company and at the end of the year, you kind of tally that up and your dividend is showing up on a T-5. There's tax planning opportunities in between, but it's simple, straightforward and really easy, but there's also, you could say, cons to it.

You're just taxed on the grossed amount at the end and everyone has a different view on what CPP is going to look like when they retire, but I've seen circumstances of people coming to us as a new client and they've been in business forever and they're heading into retirement like, "I'm not going to get CPP, what do I do?" You've been paying yourself dividends the last 30 years and nobody ever explained this to you? You haven't contributed to CPP.

Morgan: Can you still contribute to CPP with dividends or do you need to kind of just do your own pension planning at that point?

Curtis: You need to take extra precautions, I guess. Ultimately you don't want to just rely on CPP as your retirement income, right?

Curtis: But you want to focus more on alternate methods, RRSPs, other things like other forms of investment. Service Canada has different options to go out of your way to contribute yourself to CPP, but it's not quite as simple and straightforward as just having it come right off your wage.

Curtis: Another thing that's usually unknown to people or we commonly see it as a shock is dividend income personally isn't considered earned income, and I'm putting air quotes around that, but the tax system says it's not earned income whereas a wage is earned income.

You don't have any RRSP room because you have never had earned income. There's these other qualitative factors more than just the taxes you're paying.

On the flipside, a wage it's-- there's more involved. You have to withhold, especially from your employees from yourself, it can be handled a little different if you're the owner but realistically you're withholding income tax and CPP if you're the owner ,not EI because you're likely going to be EI exempt, but you're remitting this every single month so you've got another task, there's deadlines for payroll to keep in mind to dodge interest and penalties from CRA. Then you're getting a T-4 from your own company, so the wage that you're paying yourself in a very simplistic scenario is a write-off to the company. You've just brought your company's net income down. You saved the tax for the company and you file your personal tax return with your T-4 and you've already withheld your own income tax and CPP and you're contributing to CPP. You're increasing your RRSP contribution limit. Most cases, there's always variables in every scenario. Everything's different, but in a very cut and dry scenario, the overall tax between yourself and the corporation combined, whether you choose dividends or wage, is usually really close.

Curtis: If there was a clear-cut winner, everyone would do it. So, sometimes it's more understanding what each means and what fits your lifestyle and your goals going forward.

Some people just say, "I don't want to worry about anything, I'm just going to pull money out and I don't care about the other factors." Payroll seems daunting for some business owners, like, "I don't know how to do payroll, I don't understand it." But there's a lot of programs, apps, that can just simplify and automate and just make it one of those-- you spend five, 10 minutes a month, make it a routine and simplify.

Morgan: When you have the T-4 income, are there more taxable benefits you can get from that?

Curtis: It's treated differently. It's viewed different from CRA. Childcare Benefit, if you pay childcare you get normally on your personal taxes, you get a tax deduction for that but that can only be if you only have dividend income you can't claim that because it's claimed against employment income. Sometimes there's other factors obviously If it's just owner operator and you're paying into a form of medical benefit, something like that, CRA views it differently if it's employment income because you're paying into an employee-sponsored type of plan. They want to see employment income or employment expense from the corporation. I've seen it handled different ways when it boils down to a review or an audit from CRA. If you do have a wage of 3500, there's no CPP that needs to be remitted on it. So, sometimes just paying yourself a wage of 3500, you don't need to do a CPP remittance. You don't need to do any remittance to CRA and it's a way to-- if you want to do mostly a dividend way of paying yourself then, you could still do a small wage where you don't have a remittance if you keep it low enough. And then you have employment expense. You have employment income. You can hit some of the boxes that need to be hit in order to tick the boxes and the tax systems.

Matthew Peterson (CPA): I guess, the only thing I would add is, generally, with wages/salary, if you set it up and you automate your payments each month and you're on it, you're getting your business to pay your taxes for you. Just like as if you are an employee, that generally sets you up for retirement a little bit better because you're contributing to CPP and if you're making RRSP contributions, you're just consciously investing in your retirement. With dividends, you're going to have a tax bill at the end of the year, so you're going to have to save 20 to 30% of the dividend you receive personally to pay your taxes. At the end of the day, you probably get a little bit more cash in your pocket when you go dividends. And for a lot of small-business owners that have been around for a long time, couple decades, same accountant, it's basically rule of thumb is dividends all the way and it's really hard to just blanket say, "Dividends are better." Yes, they might be a little bit cheaper, but every year the federal government is playing with these rates, trying to drive behavior one way or the other. A few years ago, Trudeau was worried that CPP was underfunded, so he changed that up a little bit, made wages a little bit more attractive than dividends.

Matthew: But now the CPP rates are changing starting in 2019. And then, yes, they're creeping up over the next seven years, I think. We invite our clients every January and February to come in and walk around the numbers based on their specific scenario, what tax brackets they're in and just show them, "If you do all wages, this is what your total tax bill is going to be. And if you do all dividends, this is what it will be. And if you do a mix of the two... etc." And then we find out what their priorities are and let them choose what's the best way for them.

It's a big decision. It's probably the best tax planning opportunity for a small business owner, just how much to take, is it dividend is it wage, when to take it, because you can declare it in your business, but then not pay it until the next personal tax year so you get a little bit of tax deferral there. So, yes, it's one of the biggest conversations we have with our clients every year. It's an important one.

Curtis: And there are parts of, I guess, understanding the rules so you kind of know how to play CRA's game a little bit. Because nobody's situation is the same, right? Everybody has a different situation, different goals, other factors at play so just understanding the basics and how it works and then once you kind of know how it works, you can apply that the basic concepts to your own situation and then pick what's best for you.

Listen to the complete podcast episode by clicking here.

An HSA / PHSP is a contract between an employer and employee. A key aspect of an employee is the presence of employment (T4) income.

Therefore, it is recommended that you receive at least some form of T4 income to prove the legitimacy of your HSA plan. The HSA is meant to be an employee benefit, and T4 income is a reasonable way of showing your employee status.

While some accountants may argue that by virtue of being a director you are carrying out the duties of an employee and are therefore eligible to receive the HSA in that capacity, we encourage you to show at least some T4 income.

A workable solution is to establish a management compensation package at your business whereby you include a T4 management fee for services rendered.  The HSA can be a part of the package and agreed to be received in your capacity as an employee.

Listen to the FULL podcast episode: 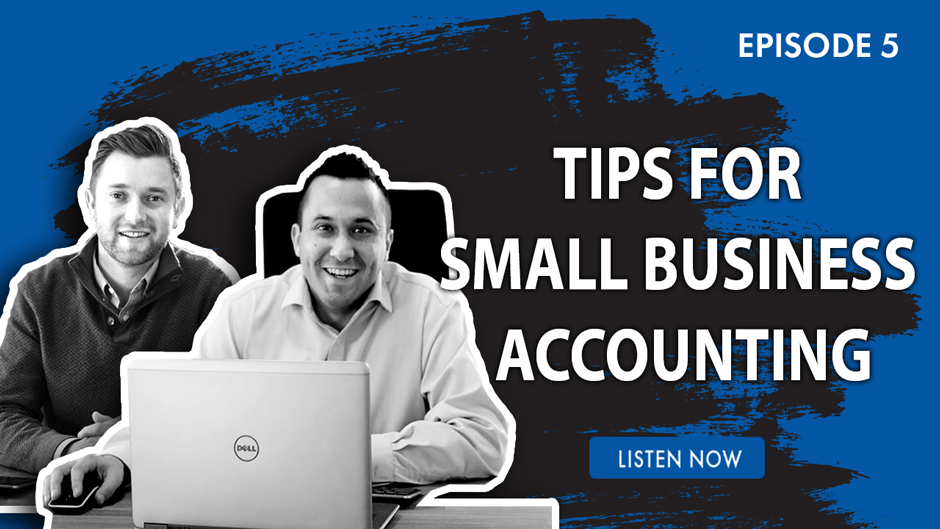 What Accountants Need to Know About Health Spending Accounts

How much does an accountant cost for a small business?

6 Steps Before you Switch Accountants

8 Questions to ask your Accountant for Taxes in Canada